May 11, 2010
I yelled that once. Not really yelled, more like exclaimed it loudly and with panic. Panic caused by the fear of projectile vomit coming out all over me and everyone else at the table.

I was on Roatan, with two friends, Missy and Prissy. We had been "dolphin trainers for a day" and had chosen to buy the cheap lunch with the locals. We were told they had only two plates of fish left and than the conejo. Conejo is spanish for "rabbit". So I made the sacrifce and let the twins have the fish. It's not my favorite meat, but I figured what the heck..when in rome...

All was good until the american dolphin trainer walked by and was kind enough to tell me that "conejo" wasn't the "rabbit" I was thinking of. She said the magic word.."Watusa"

Abruptly a plate with rice and fried plantain appear with a dark sweet smelling meat...Watusa.

That's when the yelling came in and the controlled gag reflex

fyi....Watusa is a damm rodent, a tree rat, a nutria crossed with a rat, nasty, did I say rodent.. 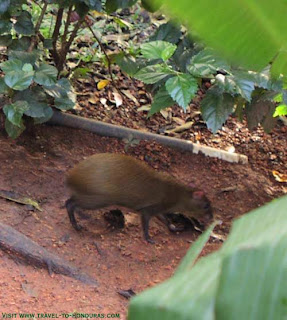 I miss my mom!

September 09, 2014
I can't express to anyone why the ache of missing my Mom comes and goes at is does.  Perhaps it's because I am approaching the anniversary of her death, September 28, 1988.  But beyond that, right now, this moment, I am aching for my Mom. I had such jealousy of my friends who passed by the bullshit of teen years and got to know their Mom's as fellow adults.  Cohorts that supported each other.  In reality of my three closes friends none of them have had that much extra time with their Mom's.  Missy and Prissy lost their mom to cancer not long after I did.  Graybelle has lost her mom to the absence of other distractions.  But still I ache. I want to know what my Mom's favorite color was.  I want to know what she wanted to be when she grew up.  I want to know how she felt about gay marriage.  My gut tells me she wouldn't have given a fig, which is how I feel. But mostly I want the warm embrace.  The hug she gave me when I started my period at Burgerville.  I
2 comments
Read more

I was gone but now I am here

February 27, 2019
I had to set my blog aside while I finished my degree and adjusted to new challenges at work.  I moved into a management position in 2016 and also decided to further my education. While I can say that I am happy I did it, I can also say I am happy it is done.  My college education has always been done while working full time.  The majority of my schooling has been funded by employer provided educational assistance.  While that is a gift I am grateful for, it did not pay for all and it required me to work full time and school 3/4 time. Working and going to school was much easier in the 20's than now in my 40's.  All of a sudden I feel my age creeping into my life like mold.  I know it is partly because while pursuing this most recent educational goal I also had major knee surgery, leaving me in a wheel chair for six weeks.  I felt the consequences of my age in fatigue from working and studying but also in the comparison between recovering from a hysterectomy in my 30's q
Post a Comment
Read more